Given an array with n objects colored red, white or blue, sort them in-place so that objects of the same color are adjacent, with the colors in the order red, white and blue. Here, we will use the integers 0, 1, and 2 to represent the color red, white, and blue respectively.
Could you come up with a one-pass algorithm using only constant space?

To be able to solve this problem I'd recommend brushing up on quicksort. If you recall the partition step of quicksort has some interesting effects. It puts all the smaller elements of the pivot to the left and all elements larger to the right.

Using this idea we can solve this problem with 2 passes O(~2N) time complexity and O(1) space.

Let's try to modify that partition function to organize our colors in one pass. Since we are really only sorting 3 numbers/colors we can keep track of where we're inserting red objects in the front and where we are inserting blue objects in the back. 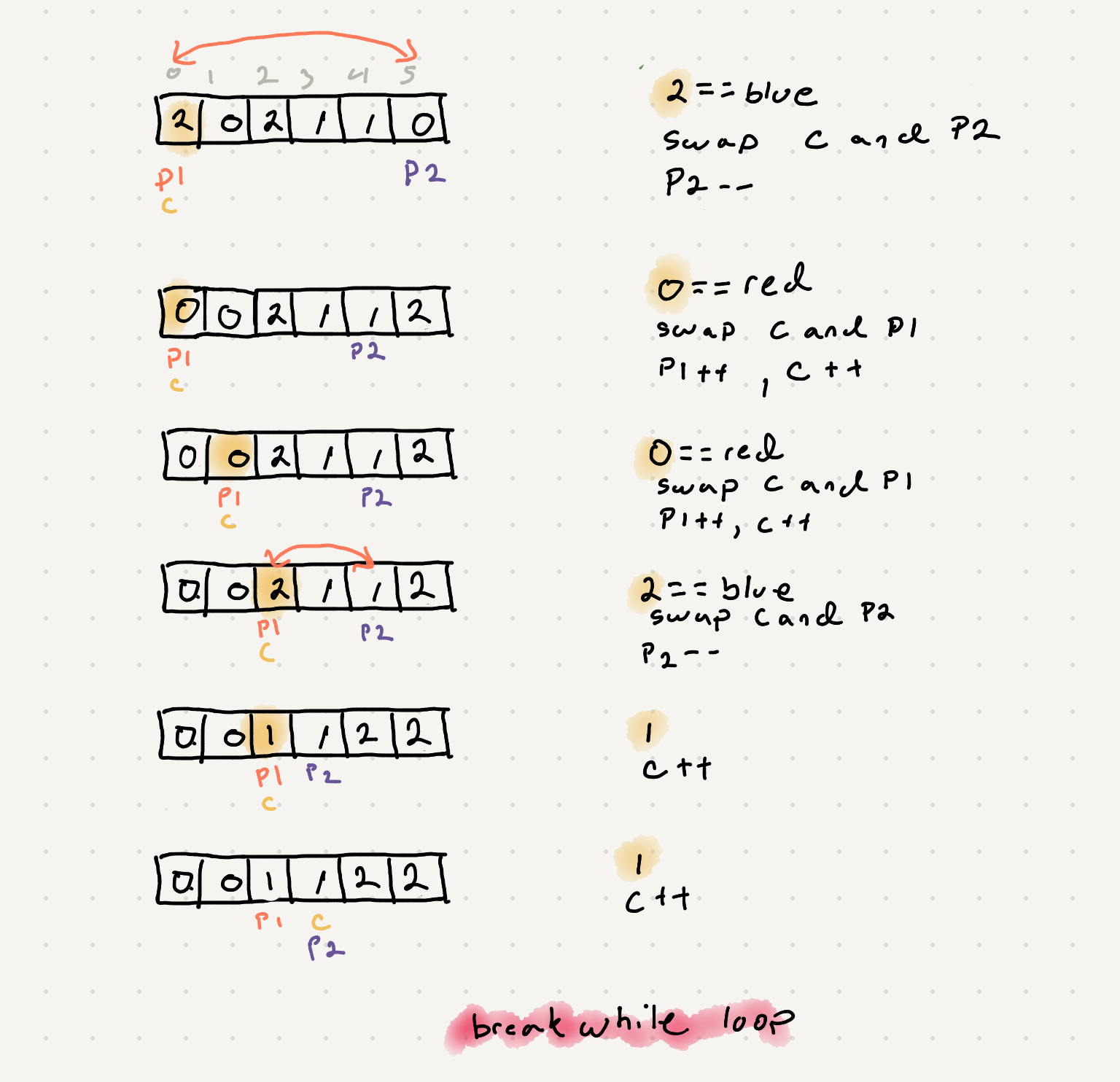