Write a function BTtoLL(TreeNode root) that takes a binary tree and rearranges its left_ptr and right_ptr pointers to make a circular doubly linked list out of the tree nodes in the in-order traversal order. The head of the list must be the leftmost node of the tree (since it is the first one in the in-order traversal) and the tail of the list must be the rightmost node of the tree. Tail’s “next” pointer must point to the head and head’s “previous” pointer must point to the tail (as circular doubly-linked lists go).

So lets break down this example and see how to convert a much smaller tree/node.

how about a two node? 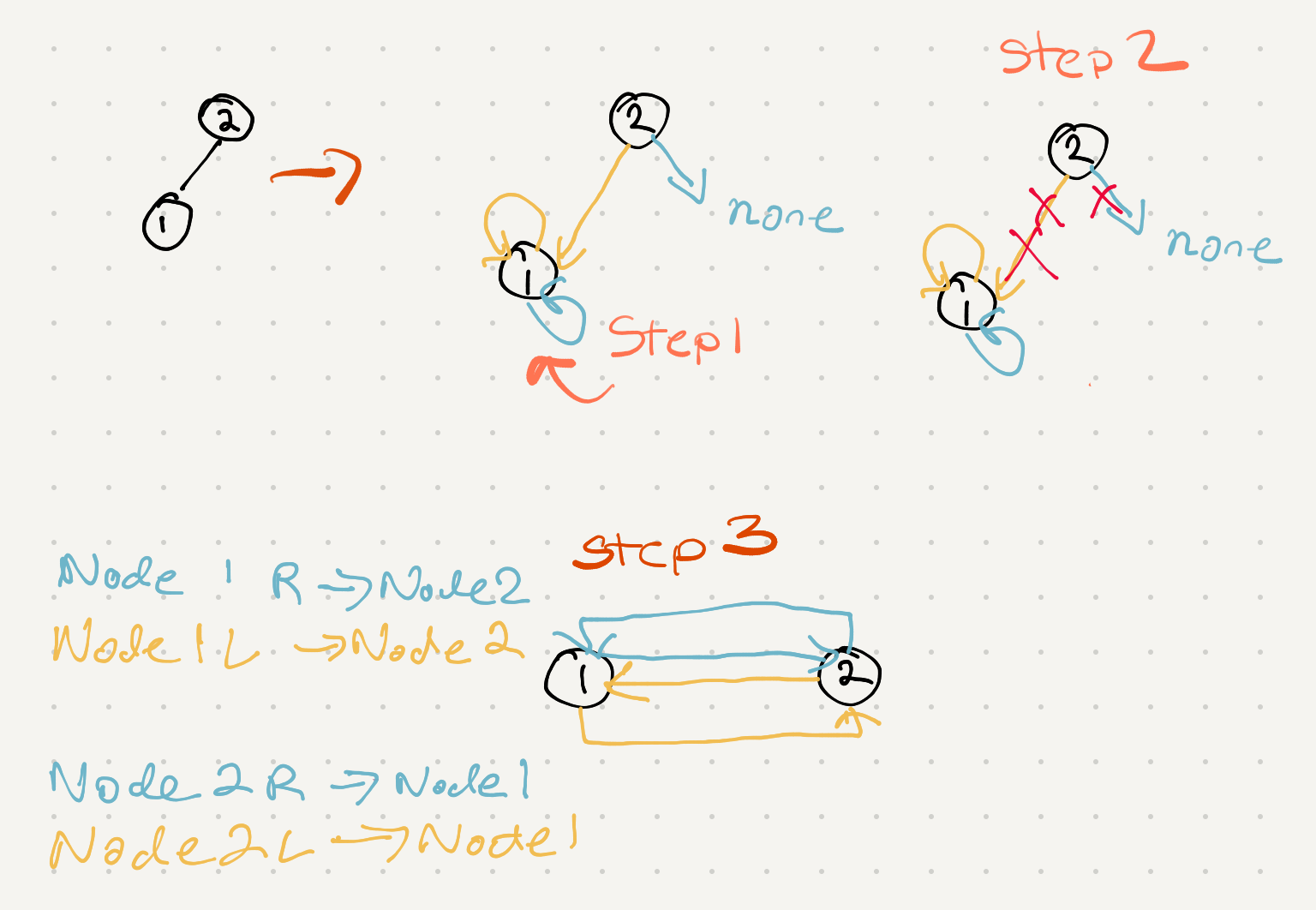 we can create a helper function that will merge two nodes

how about a three node? 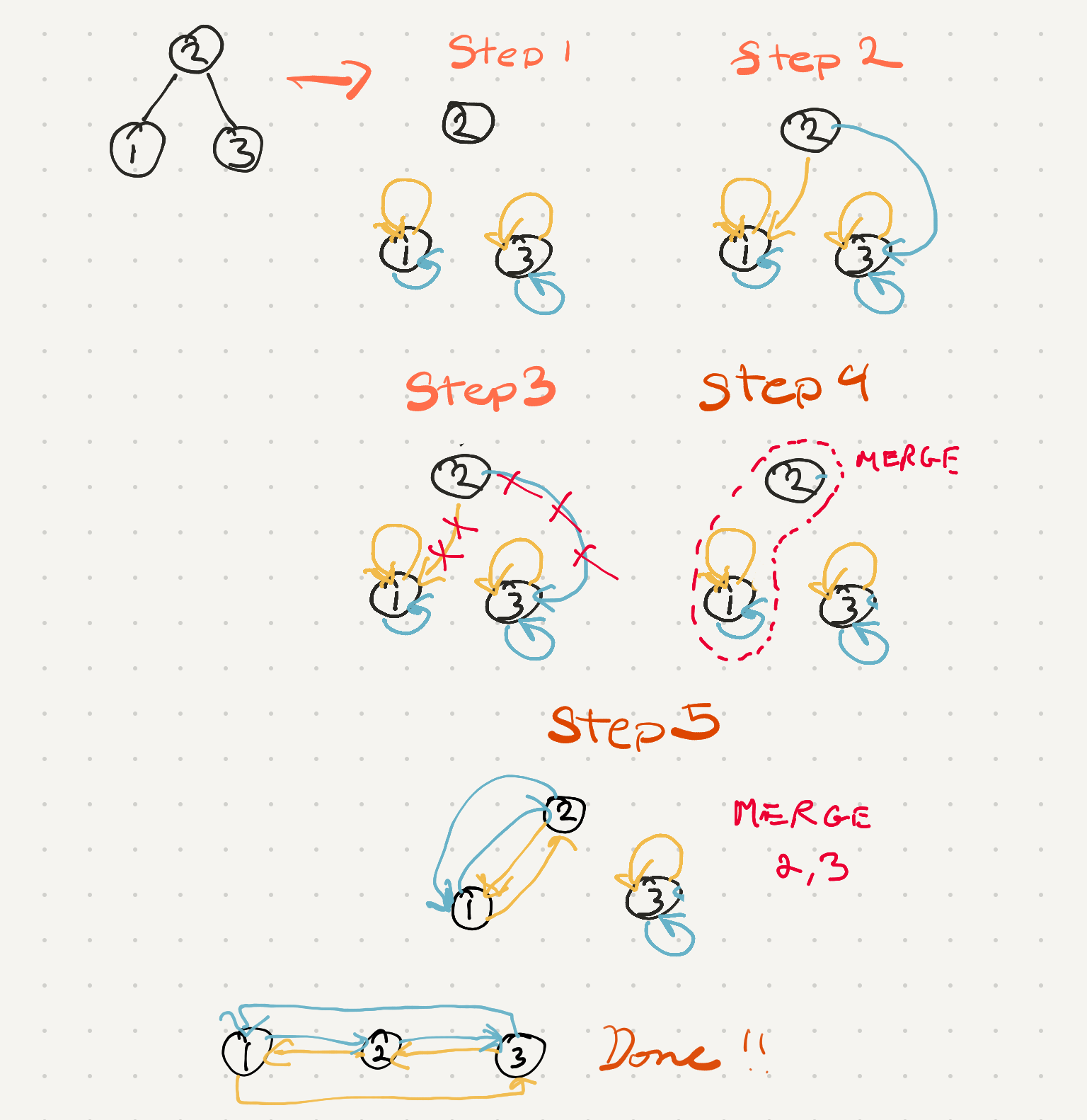